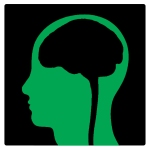 “Why are some individuals able to heal from trauma immediately, while others cannot?” -Dexter J. Singleton

Project:
Living with Post-Traumatic Stress Disorder
This artist/scientist collaboration is a combination of research, science, interview, and art, resulting in a multimedia theater-based production on the subject of Post-Traumatic Stress Disorder (PTSD). The production will include dialogue, original music, song, rap/spoken word, projections and movement.

The process began with the compiling of information on each of the current wars in Iraq and Afghanistan, brain biology and PTSD.

Part of the team’s process has included the study of the brain and its main functions (perception, motor control, arousal, homeostasis, motivation, learning, and memory), particularly looking at primary areas of the brain: amydala, prefrontal cortex, and the hippocampus (all three are heavily involved in PTSD).

They looked at how PTSD starts in the brain and how it changes the biology of the brain as the body adapts to the symptoms, what areas of the brain do, how that changes or develops, and effective/ineffective treatments for symptoms.

Another important part of the process has been interviews with active duty soldiers, officers, veterans, and military administrators at the Pentagon. Some of these individuals have been diagnosed with PTSD. Including PTSD sufferers was important to give them a voice and lend true authenticity to the project.

The final theatrical production got its inspiration from the “documentary theatre” style used by MacArthur fellow Anna Devere Smith. The script was created using a method called devising, in which much of the script was created with actors in workshops by using edited interview text, improvisation and the exploration of music, vocal elements, and movement.

The team’s goal is to merge the science and art in a seamless way, so that the production is both entertaining and informative.

“We hope our production will bring greater awareness to this issue and the stigma of mental health services in our country.” -Dexter J. Singleton